Maria, Pinuccia, Lia, Katia and Antonella are five sisters who live in an apartment in Palermo. They make a living by renting doves for ceremonies. On a normal day at the beach, one of them accidentally dies. Her death is going to turn upside down their relationships for the rest of their lives. Le sorelle Macaluso is a film about time. About memory. About things that last. About people who stay, even after their death.
​​​​​​​
Born in Palermo in 1967, Emma Dante explores the subject of family and marginalization through a poetics of tension and madness with a hint of humour. After graduating from the National Academy of Dramatic Art Silvio D’Amico in Rome, she becomes a playwright and director. In 1999, in Palermo, she creates her theatre company Sud Costa Occidentale, with which she wins the Scenario Prize 2001 for her project mPalermu and the Ubu Prize 2002 as an emerging, Italian artist. In 2013, Dante’s first feature, Via Castellana Bandiera was in competition at the 70th Venice Film Festival. Her main actress (Elena Cotta) won the Best Actress award. 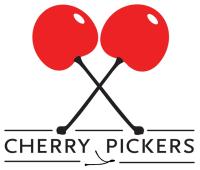