Could not retrieve the oEmbed resource.
Kwassa Films

In the presence of the director and main actor Grégoire Colin

​​​​​​An international auditor, Alain arrives in a small self-proclaimed republic in the Caucasus to examine the possible opening of an airport. As he meets the inhabitants in Haut-Karabagh, and a mysterious child, Alain navigates a new world and dares to risk it all.

Artist and filmmaker, Nora Martirosyan lives in Montpellier, France. After studying at the Academy of Fine Arts in her native Armenia, she travelled throughout Europe and earned degrees from the Rijksakademie van Beeldende Kunsten, in Amsterdam, and Le Fresnoy, in France. She spends her time between teaching filmmaking and videography (since 2015 at the School of Fine Arts in Bordeaux) and directing films, which have won awards at the Belfort and FID festivals. Her first feature-length film, Si le vent tombe, is the result of long, hard work supported by the Cannes Festival CinéFondation Atelier, Villa Médicis, the Amiens and Angers festivals, Cinemed, Eurimages, and advance funding. Si le vent tombe is the first Armenian film to be part of the Cannes Festival’s Official Selection since 1965.

The film can be watched again after the screening as a premiere on Sooner.

(Re)watch our films on SOONER

(Re)watch our films on SOONER

Because many of the films shown in Bozar deserve a longer life, Bozar has joined forces with the Belgian video platform SOONER. 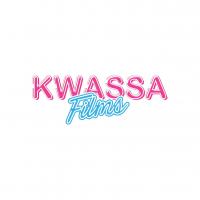