In 1990, Anupama Kundoo founded her now internationally renowned and award-winning office in the experimental town of Auroville, India. There, the Indian architect and researcher developed a sustainable approach based on experimentation and the reuse of materials. Although Kundoo has mainly built in her native country, she has had the opportunity to work and teach around the world. In 2021, she received the RIBA Charles Jencks Award.

Originally from Barcelona, David Sebastian founded his architecture studio in 2001, a multidisciplinary space where research and projects are combined. His work has been published and exhibited throughout Europe and is mainly composed of projects for educational and residential programmes. In 2012, he participated in the Venice Biennale, exhibiting his work in the Catalan pavilion. The following year he was nominated for the Mies Van der Rohe Award.
​​​​​​​

Anupama Kundoo and David Sebastian will discuss the use of brick in their work, talking about various projects. The evening will close with a discussion between our guests and Tom Verschueren of Belgian architecture office dmvA, moderated by architect Lieven Nijs (BLAF). 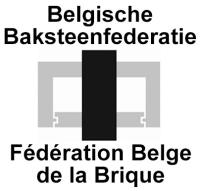