Extreme violence is an everyday reality for the LGBTQ community in Africa as they suffer humiliation, physical aggression and killings. More than 30 African states have passed repressive laws against them. Despite this resurgence of extremist beliefs, voices are also being raised for these sexual minorities to be respected and protected. Through literature, writers too are trying to break these taboos, investigating the complexities and covering issues including tradition and religion, as well as censorship and their reading public.

Monique Ilboudo (Burkina Faso, 1959) is known as a writer who knows no taboos. Incest, marriage and homosexuality in African societies are among the themes in her work. Si loin de ma vie (2018) tells the story of an African migrant who comes to Europe.
Mohamed Mbougar Sarr (Senegal, 1990) is a young talent of French literature much praised for his novel De purs hommes (2018). He condemns religious fundamentalism and portrays characters forced to combat violence and homophobia.
Abdellah Taïa was born in Rabat , Morocco, in 1973. He is the first Arab writer/filmmaker to publicly declare his homosexuality. The French Éditions du Seuil has published eight of his novels, written in French and widely translated. His novel Le jour du Roi was awarded the French Prix de Flore in 2010. L'armée du salut, his first movie as a director, is adapted from his eponymous novel.

The conversation will be moderated by the journalist Françoise Nice. 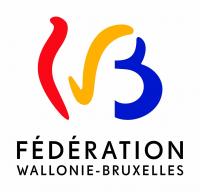