Bozar and A+ are pleased to welcome Xaveer De Geyter for a lecture on his work on November 4th. After spending ten years at the OMA (Office for Metropolitan Architecture) in Rotterdam, he opened his own branch in Brussels in 1988. XDGA currently employs around 50 people and has opened a second office in Paris.

The firm’s portfolio mainly includes large-scale projects, such as the renovation of Place Rogier in Brussels or the provincial government building in Antwerp, both built in 2019. Last year, XDGA attracted attention once more with its construction of the Melopee School in Ghent. The firm is currently working on the third block of the City Dox project in Anderlecht.

Ever since he founded his firm, Xaveer De Geyter has received numerous awards. He was shortlisted for the Mies Van der Rohe Award, and won the Belgian Award for Architecture. In 2021, the Melopee building, the provincial government building in Antwerp and Place Rogier were selected for the first edition of the Brussels Architecture Prize. 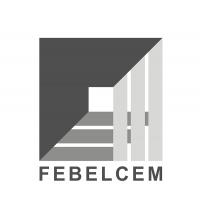