Under normal circumstances, the Collegium Vocale Gent, conducted by Philippe Herreweghe, was due to perform one of Beethoven’s masterpieces, his Missa solemnis, in our Henry Le Boeuf Hall in September 2020. This concert could not take place for obvious reasons, but we were keen to invite conductor Philippe Herreweghe to discuss the great composer and his music.

"What interests me is good music. And for that reason, I "automatically" came to Beethoven. Because of my thirst for good music and because Beethoven is an integral part of my career and my culture.”

Philippe Herreweghe was born in Ghent, where he studied at the conservatory. During the same period, he started to conduct, and founded the Collegium Vocale Gent in 1970. In recent decades Herreweghe has concentrated on the great symphonic repertoire from Beethoven to Stravinsky. As honorary conductor of the Antwerp Symphony Orchestra, he is a sought-after guest conductor for such orchestras as the Concertgebouworkest Amsterdam. 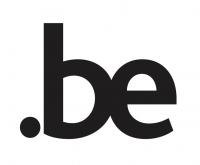