‘Round table: "Impact of the #MeToo movement in the Belgian French-speaking audiovisual sector. Current and future solutions”’

Our 2015 study, "BEHIND THE SCREEN: WHERE ARE THE WOMEN? Women in the Film Industry in the FWB 2010-2015" showed us that women* are prominent within film schools. In 2015, 55% of the Master's degrees in directing at FWB film schools were earned by girls*. On the other hand, only 25% of women* get to direct a first feature film. These figures do not seem to be changing. What can explain this glaring difference?

The #MeToo movement has raised awareness and brought to the forefront sexist mechanisms and behaviours in Western cinema. What light has it shed here? What are the solutions for tomorrow? Which organizations are working for more equality in Belgian cinema?

We will have the pleasure of discussing these questions with our speakers: 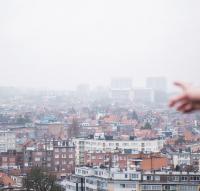