With introduction and Q&A with Russian film critic Anton Dolin.

In this Russian comedy, the young Siberian writer Volodya meets Kolya in the Moscow metro on his way to visit a famous author. Kolya decides to help Volodya find his way in Moscow leading them from one adventure into another.

With his third film, Walking the Streets of Moscow (1963), released in the middle of the Khrushchev Thaw, ​​​​​​​Georgiy Daneliya provided his own take on the French New Wave, departing from conventional Soviet realism in favour of something far more optimistic and bright. It’s a carefree, easy-going depiction of life in the city that could slot nicely alongside Breathless (1960) and Lola (1961) thanks to its formal and narrative lightness. It was typical of the type of subversive content that Khrushchev tolerated in the name of de-Stalinization. Still the film managed to shock the Soviet censors, leading the arts committee to claim they had no idea what the film was about and force Daneliya to include a scene where a cleaner criticizes idle writers.

Anton Dolin is a Russian film critic, chief editor of Iskusstvo Kino (The Art of Cinema), columnist for Meduza. He graduated from the Department of Philology at the Moscow State University. From 2012 to 2020 he was a film reviewer for the popular late-night television show Evening Urgant. Dolin has authored ten books and received multiple awards from the Russian Guild of Film Scholars and Critics.​​​​​​​

In the event of rainy weather, the film screenings will be maintained.
In case of extreme weather conditions (strong wind, storm), Bozar reserves the right to cancel the screening. In this case, the registered participants will be informed by text message before 3 pm on the day of the event. 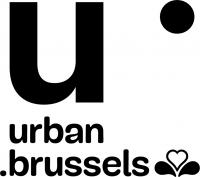