‘Afropolitan Women and Black Europe at the European Parliament’

While 39.5% of MEPs are now women, black women continue to be severely under-represented in the European Parliament, with only five of the Parliament’s 705 elected members being women of African origin.
This debate, proposed by Olivia Gieskes and organised in partnership with ARDI (The European Parliament Anti-Racism and Diversity Intergroup) and ENAR (European Network Against Racism), aims to honour these women, and, in doing so, to question the under-representation of women of African descent, while highlighting their growing influence at both community and social levels.
The programme is divided into two parts. It opens with the MEP women speaking about their experiences, challenges and struggles, followed by an exchange between these women and the audience on the contribution of Afropean communities in politics.

Afropolitan Weekend, it's a wrap! It is time to look back, and we still owe you an interesting talk. 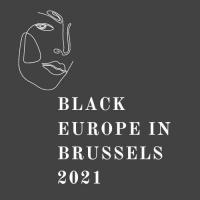