The lecture by Yves Malysse and Kiki Verbeeck marks the opening of Solid Senses, the monographic exhibition dedicated to the Brussels architectural practice URA.

Having worked in various practices in Belgium and abroad, Yves Malysse and Kiki Verbeeck founded UR in 2002 with Joost Verstraete. Today, Malysse and Verbeeck work under the name URA. Since its creation, the practice has built up a solid portfolio of public projects. They are currently working on several projects in Belgium, including collaborations with architecten Els Claessens en Tania Vandenbussche (ECTV) and with Robbrecht and Daem.
​​​​​​​

Today, URA is one of the leading names on the Belgian architectural scene. The practice has been nominated several times for the Mies Van der Rohe Award, and in 2013 won the Architizer A+ Jury Award in New York. In 2019, URA was entrusted with the scenography of the exhibition Prints in the Age of Bruegel at the Centre for Fine Arts in Brussels.

Between reason and intuition: a talk with the architects behind URA

Between reason and intuition: a talk with the architects behind URA

On 9 November, Bozar will be opening the doors of Solid Senses, an exhibition about the work of the Brussels architectural firm URA. 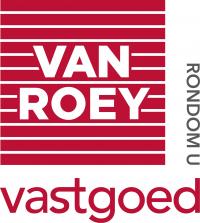