To close the César Franck Bicentennial, the OPRL and Gergely Madaras perform Les Béatitudes, the composer's favourite work, considered on its creation as one of the three most important creations of musical art, along with Bach's Mass in B and Wagner's Parsifal. This spectacular oratorio for eight soloists and choir includes a prologue and eight movements in which an earthly choir and a heavenly choir systematically go head to head, using Wagnerian chromaticism and leitmotifs, commenting on the word of Christ. It is a masterpiece not to be missed!

The César Franck Bicentennial 1822-2022 is supported by the National Lottery and its players.

A Belgian in Paris

A Belgian in Paris

Although he was born in Belgium, more specifically in Liège, César Franck is annoyingly unknown to many today.

Outstanding orchestras from here and there take you through three centuries of orchestral music. Let yourself be impressed and moved by overwhelming acousti

The human voice is the most personal, intimate and ungraspable instrument. Enrich yourself in this series with impressive choirs and the greatest voices of 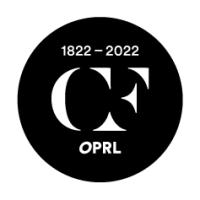