Bozar brings a number of exceptional voices from the 21st century to its Writers & Thinkers stage. A richly filled series of talks and debates that take you into in-depth discussions on the cutting edge of art and society. The most important writers and thinkers of tomorrow elaborate on the big themes of today. From democracy to diversity to beauty and consolation.

During early 2022, our stage will turn blue, white and red. The race for the French presidency in April, as well as the French chairmanship of the Council of the European Union present a perfect opportunity for Bozar to hold a whole series of talks in French. Expect encounters with authors and thinkers like Didier Eribon, Constance Debré, Raphaël Glucksmann and Fatou Diome, all of whom are prominent figures in the public debate in France. Olivier Guez returns, after a successful passage at the side of Leila Slimani, with Le Grand tour, a self-portrait of Europe by its writers, in which he brings along, among others, the Polish Agata Tuszyńska and the Dutchman Jan Brokken. Also from the Netherlands, Jewish-Dutch writers Arnon Grunberg, Marcel Möring and Tobi Lakmaker will talk about the cosmopolitan nature of their literary identity. The Cuban poet Víctor Rodríguez Núñez is a guest at Cubalandz.

Furthermore, there will again be debates that address relevant social and artistic themes of today. There is also attention for today's best non-fiction: American journalist George Packer will be talking to us about the challenges facing democracy in his country. We invited two icons from England: classicist, BBC icon and feminist Mary Beard will talk with Thomas Vanderveken and Karen Armstrong will talk about her latest book Sacred Nature. On Europe Day, there will be a promising programme about Europe and its wars, on the occasion of Mayday magazine. Finally, there will be a new edition of the popular Live Magazine, an enriching evening of listening which sees a group of journalists bring a magazine to life through storytelling.

Would you like to start digging deeper already? You can revisit past talks at any time with our new podcast series.

Journalism during a time of crisis

City Talk: Knowledge For The City

Democratic Republic of the Congo

Ann Pettifor: We need an alternative to globalisation 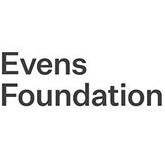 Evens Foundation is the privileged partner of this programme.

Mary Beard: Classicist with no hangups

Mary Beard: Classicist with no hangups

In conversation with Annelies Beck

Laure Adler: a passion for culture

Laure Adler: a passion for culture